La Bruja Fortuna is a 3 reel slot machine developed by MGA. It has a game for doubling, free spins, bonus game, scatter and wild symbols.

The demo version of La Bruja Fortuna is free to play.
The slot machine La Bruja Fortuna by the Spanish manufacturer MGA, at first glance, is built on the principle of the “one-armed bandits” gameplay. Like them, the standard symbols here are classic fruits, and the machine has only three reels and one pay line. In accordance with the theme of the slot, images of a witch’s hat, a magic ball, and a book of spells have been added to the fruits.

But, compared to the “one-armed bandits”, there are also functions that are not found on them – pushing and holding. Thanks to the push, there is a chance to collect a prize combination if the reels automatically move one space. Holding allows you to additionally scroll the selected reels.

In addition to the main game, there is also an additional one in the machine. Access to it is carried out on a cumulative basis. There are also several bonus games that become available if the combination that opens them falls on the reels.

Directly on the playing field is the pay table. It consists of three columns that correspond to possible bets: you can bet 5, 10 and 15 credits. To choose one of the three betting options, you need to click on the Bet button on the control panel.

Above the reels there are four scoreboards:

The player’s balance at the beginning of the game is 20 coins. But bets are made not in coins, but in other game units – credits. On this slot, one credit is equal to 0.2 coins. At the same time, the minimum bet on the slot is five credits.

Like all other slot machines, the slot is presented on the site in a free demo version.

In the Prize column, in case of a successful spin, the winnings are shown. In the Bonus column – the number of special bonus points accumulated by the player. Bonuses are awarded if a special symbol appears on the reels – a pointed witch’s hat:

The game has a nudge feature that becomes available randomly. After an unsuccessful spin, the player has the opportunity to get an additional chance. The reels, on which it is possible to make a winning combination, will automatically advance several spaces in turn. The number of divisions is also determined randomly and is in the range from 1 to 4. The choice is determined by which of the four groups of candles, random flashing of the backlight will stop. Candles are located under the reels near the inscription Nudges. 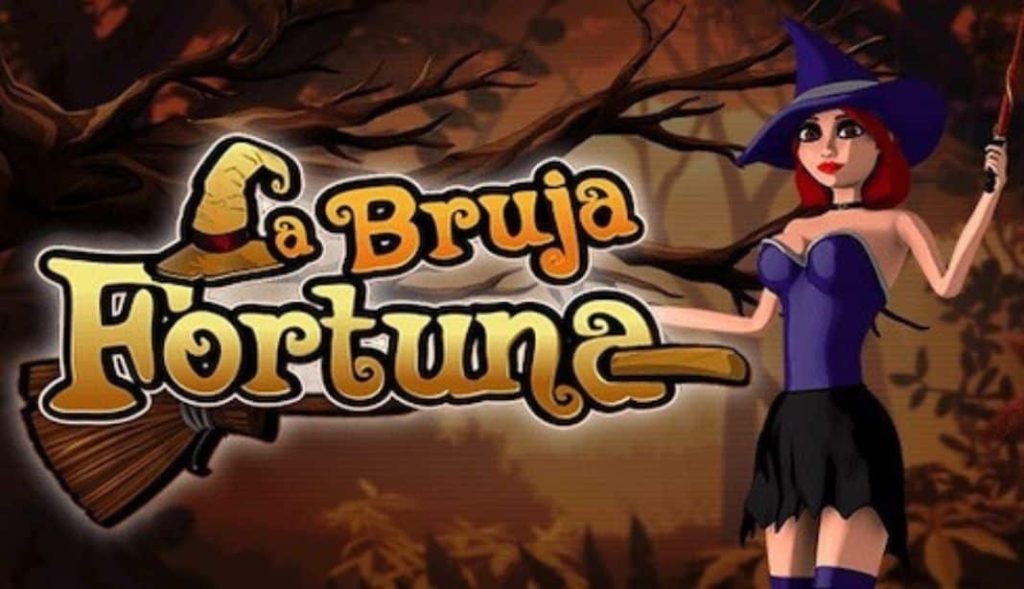 After completing the nudges, the player gets access to another feature – holds. To do this, those reels are automatically blocked, the images on which are closest to the composition of the prize combination. Such drums are dimmed. The remaining machine offers to scroll (meaning full scrolling, not one division). However, by using the Nudges buttons, the player has the option to unlock or lock any of the three reels. There are three Nudges buttons, as well as the drums themselves. By pressing the Play key, the user starts an additional scroll.

The blue key with three white stripes opens the game menu, which consists of several sections. It has five of them:

The developers offer 7 options for the number of automatic spins – 10, 25, 50, 100, 250, 500 and an infinite number (they will continue until the player stops them or until the number of credits drops below the bet level). Here you can also activate the Auto Risk option – the winnings are automatically credited to the bonus account, not coins.

The player can choose one of two languages for displaying the game rules and button names – Spanish or English (but the voice acting of the slot will still remain in Spanish). The speaker icon key controls sound effects and sound volume. The “I” button allows you to see the history of each previously made spin, for example:

The menu also becomes accessible thanks to the Auto Play key.

The winning combination on the slot consists of three identical symbols. All of them must fall on the prize line.

After any win, the player must press either the Collect key or the Play key. By clicking the first one, he will transfer the winnings to his account in coins. By choosing the risk game, he converts the winnings into the same amount of bonus points.

“Wild” symbol
The “wild” symbol is the image of a book of spells. It can replace any other pattern, complementing the combination to a winning one.

Standard symbols in a winning combination, depending on the bet, bring:

If the player has at least five bonuses, he can press the Change Game button and go to the game on the level above – Upper Game. To place bets in it, you need both credits and bonuses. The more bonuses, the more rounds you can play in the Upper Game.

The Upper Game uses different symbols than the main game. Moreover, almost every set of symbols (except for combinations of sevens) gives not only rewards, but also access to its own separate bonus game.

The stakes in the Upper Game are as follows:

And the awards are:

Once all the bonuses are used up, the player is automatically returned to the main game screen.

The Upper Game has a risk game. You can win in credits or bonus points, and there are several risk rounds in the Upper Game. Bonus symbols can also fall here, which will extend the possibility of playing the Upper Game.

Of the four bonus games, the first is played in the main game, the other three in the Upper Game.

Bonus game 1
Three dropped images of a magic ball give access to additional credits and bonuses.

Bonus game 2
Three images of an owl provide an opportunity to “play roulette” with owls. Each of the owls will bring the player one of the multipliers x2, x4, x8, x10, x20.

Bonus game 3
This game becomes available if three images of a witch appear on the reels. The witch is standing in front of a cauldron, over which bubbles rise. Each bubble has its own value. The player must stop the game when the most valuable bubbles appear in front of him. The sum of their costs will be credited to his account.

Bonus game 4
This game becomes available when three frogs appear on the reels. In this game, the user is waiting for three sitting frogs. You need to choose one of them to receive a reward. Each frog hides the amount in credits.

The La Bruja Fortuna slot, like other slot machines from the MGA developer, is distinguished by an unusual gameplay with a specific ability to accumulate bonuses. True, the stakes on the machine are quite high compared to other machines from this manufacturer.